The Taste of Tasmania
2014 Hobart 28 Dec-3 Jan
Hobart hosts the Taste of Tasmania a food and beverage festival celebrating the best Tasmanian produce, we attended on the 29th this visit would've been my 4 of fifth visit over the past twenty years. It was a cold and windy summers day so most of the guests were crammed inside, "the taste" is a great idea offering producers a showcase opportunity to market, show off and sell there produce to thousands of hungry and thirsty guests and tourists.

A view from the second largest hall "the paddock" many producers were showing of the their boutique beers, cider and wines, a great atmosphere in the paddock but bench space was tight and the guests were not going anywhere, it was a bit of an oktoberfest flashback, if you manage to find a bench don't move. 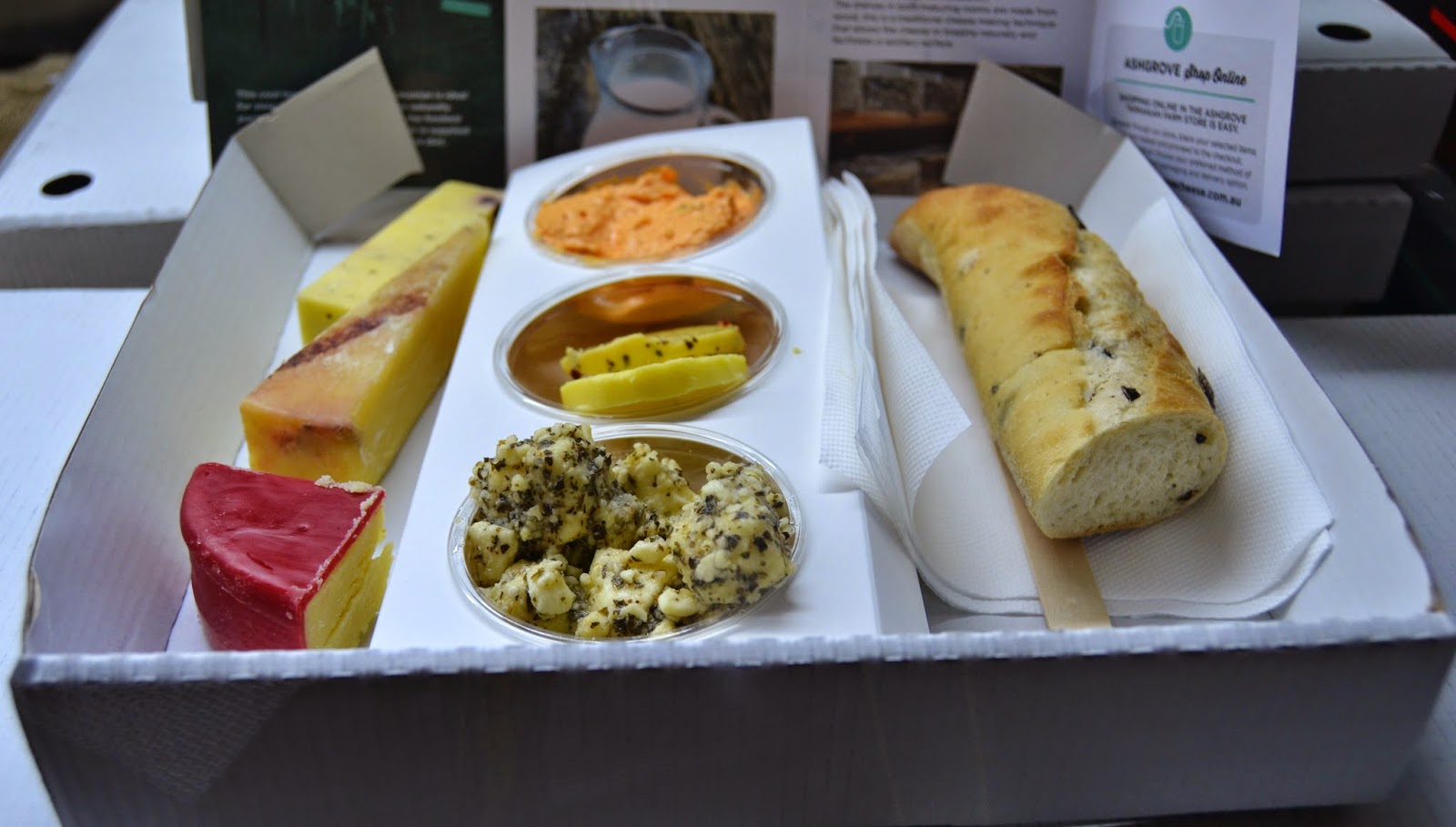 Tasmanian cheese, a big winner over the past 25 years or so, Tasmania has a fantastic dairy industry with many award winning cheese highly regarded by Australia's better restaurants, most of the cheese types are spin offs of European cheese styles with hard English style cheeses being predominant. Some of Tasmania's dairy's are part of international and national conglomerates which hinders their local and international availability, this cheese plattor is great in a modified pizza box. 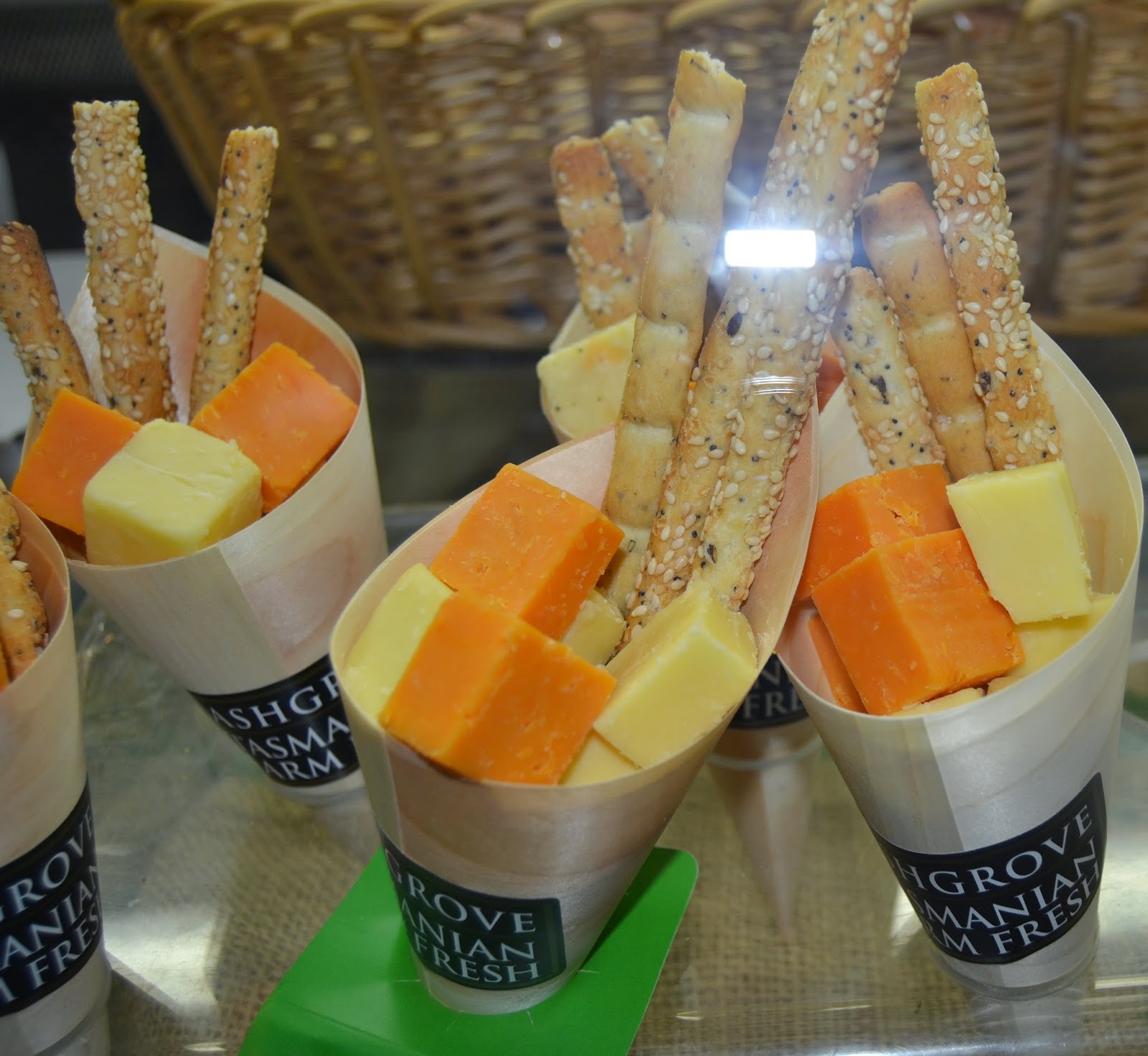 A hard cheese snack pack from Ashgrove's dairy, ideal for walking around "the taste" Ashgrove Dairy is situated just outside Deloraine in Tasmania's north an interactive showcase dairy shop featuring a wide selection of Ashgrove's produce as well as other Tasmanian produce. 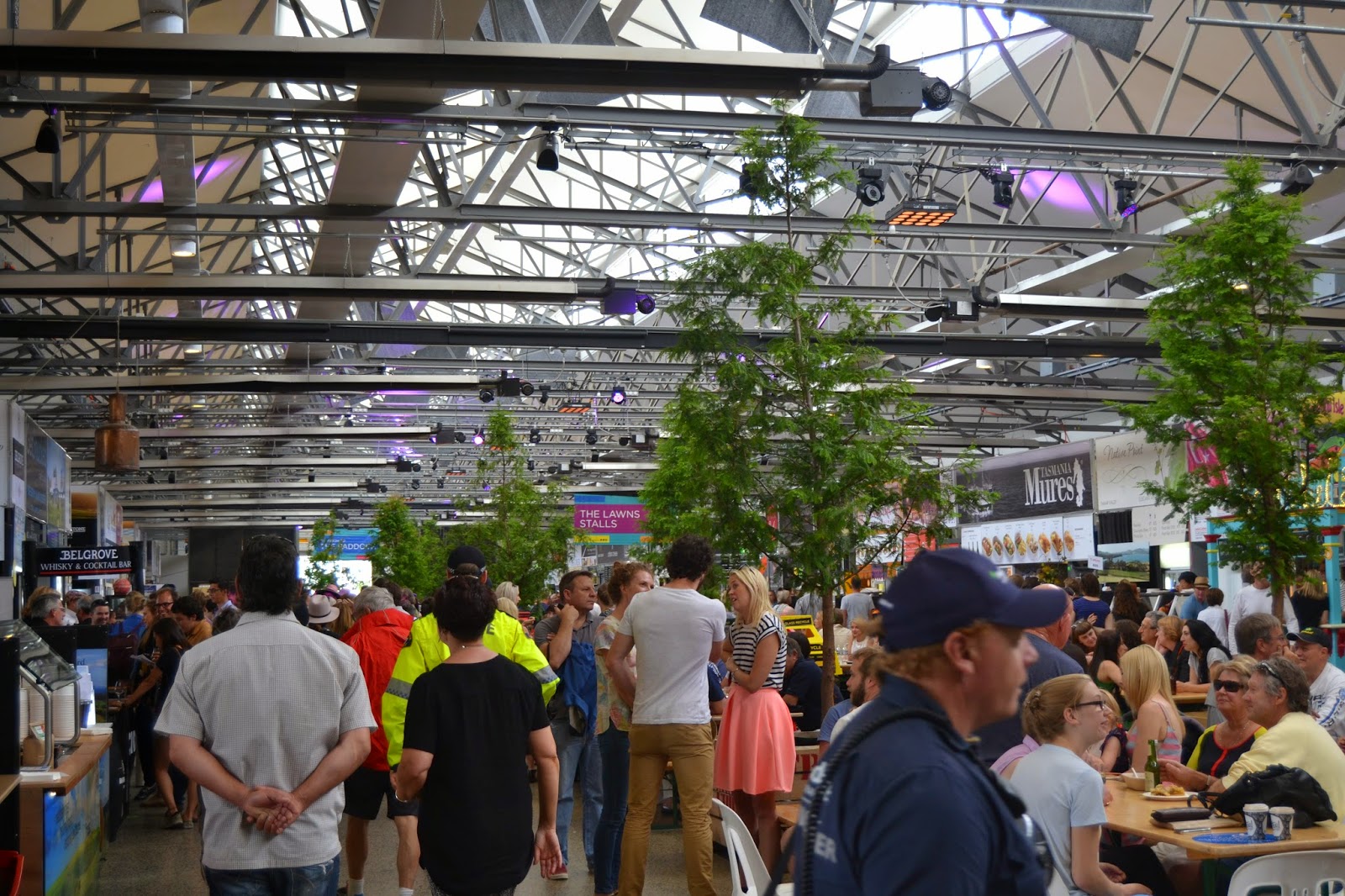 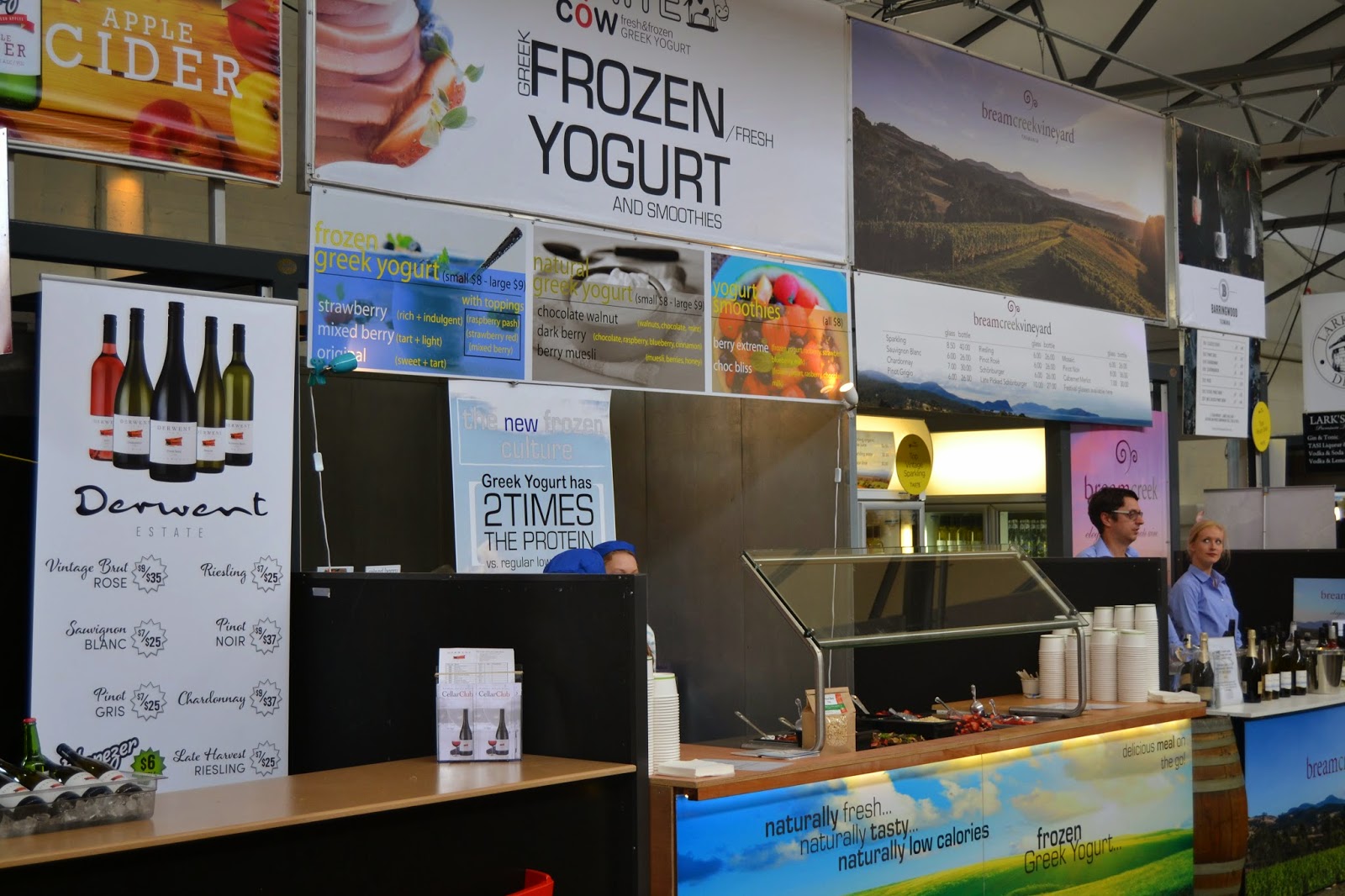 At each stall there were vinyards, cider brewers, specialist producers, the food offerings are a little small for their price, portions are offered in various sizes from small tastes to main course size, drinks are the same from wine tasting portions to bottles. 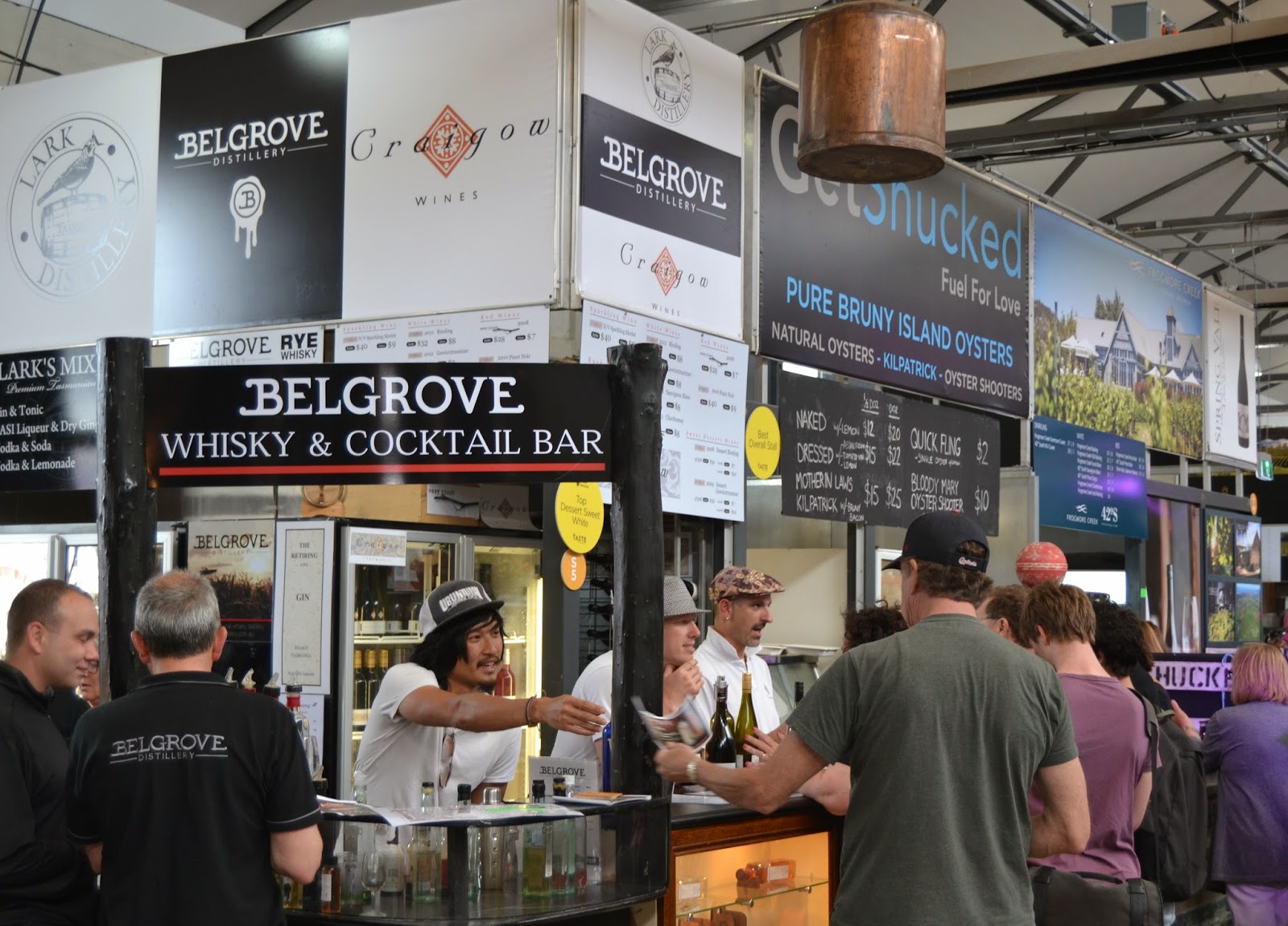 Tasmania's climate produces fantastic products from its farms and oceans, most of the stalls around "the taste" showcase individual restaurants or producers trying to make a saleable item that suits "the taste" market.
At almost all food stalls my idea of what "the taste" could be, is lost in the fast food for the masses idea, great produce turned into tacos, burgers and fried food is not my idea of a taste experience.

Diverse ethnical food reflecting modern day Australia's is also prevalent most of the local restaurants sold local produce as an ingredient within their own restaurant concept. I feel that the idea of "the taste" is losing its direction as a showcase for Tasmanian produce, the big picture needs to be more in focus with more direction and guide lines from the organisers, one only has to visit one of the larger supermarkets here to see that Tasmanian produce is under represented, import cheese is cheaper than its local rival, Tasmanian fish is replaced with frozen import products.

Wine, whiskey, beer, and cider brewers ect. have it a little easier offering a more defined product which is continually expanding at local bottle shops and restaurants. 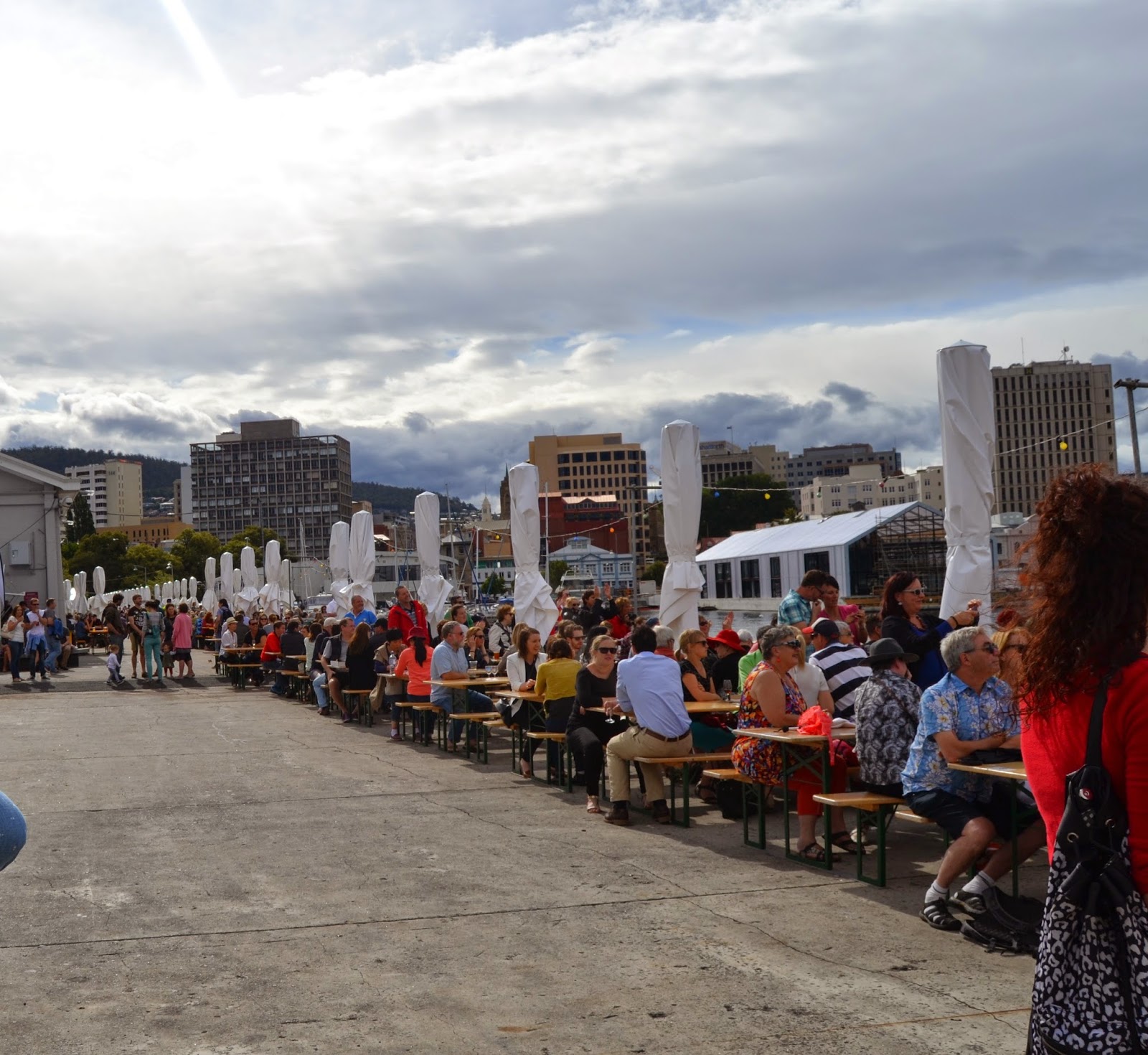 Outside at "the taste" on the docks with a view of Hobart's deep sea port, skyline  and constitution dock. 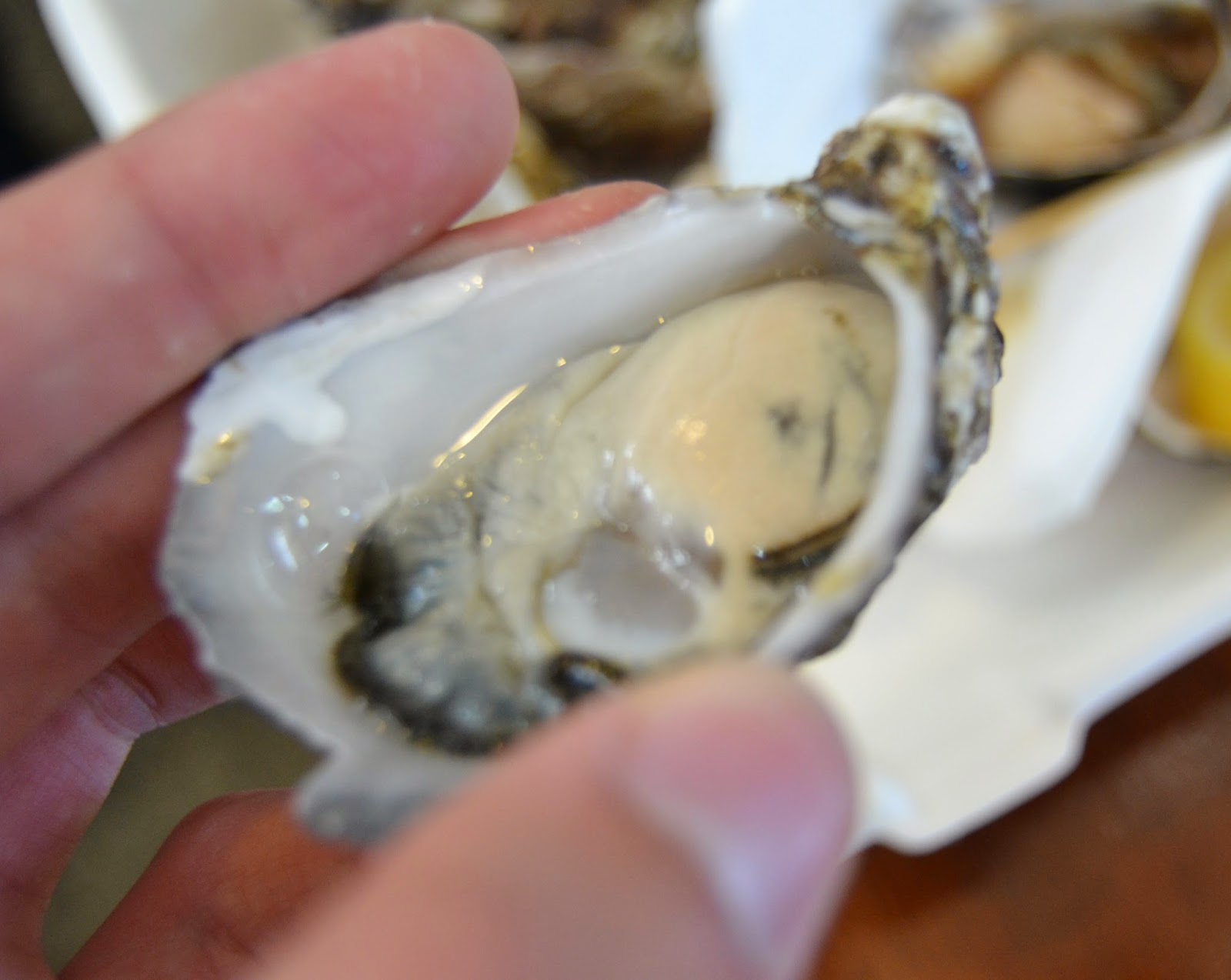 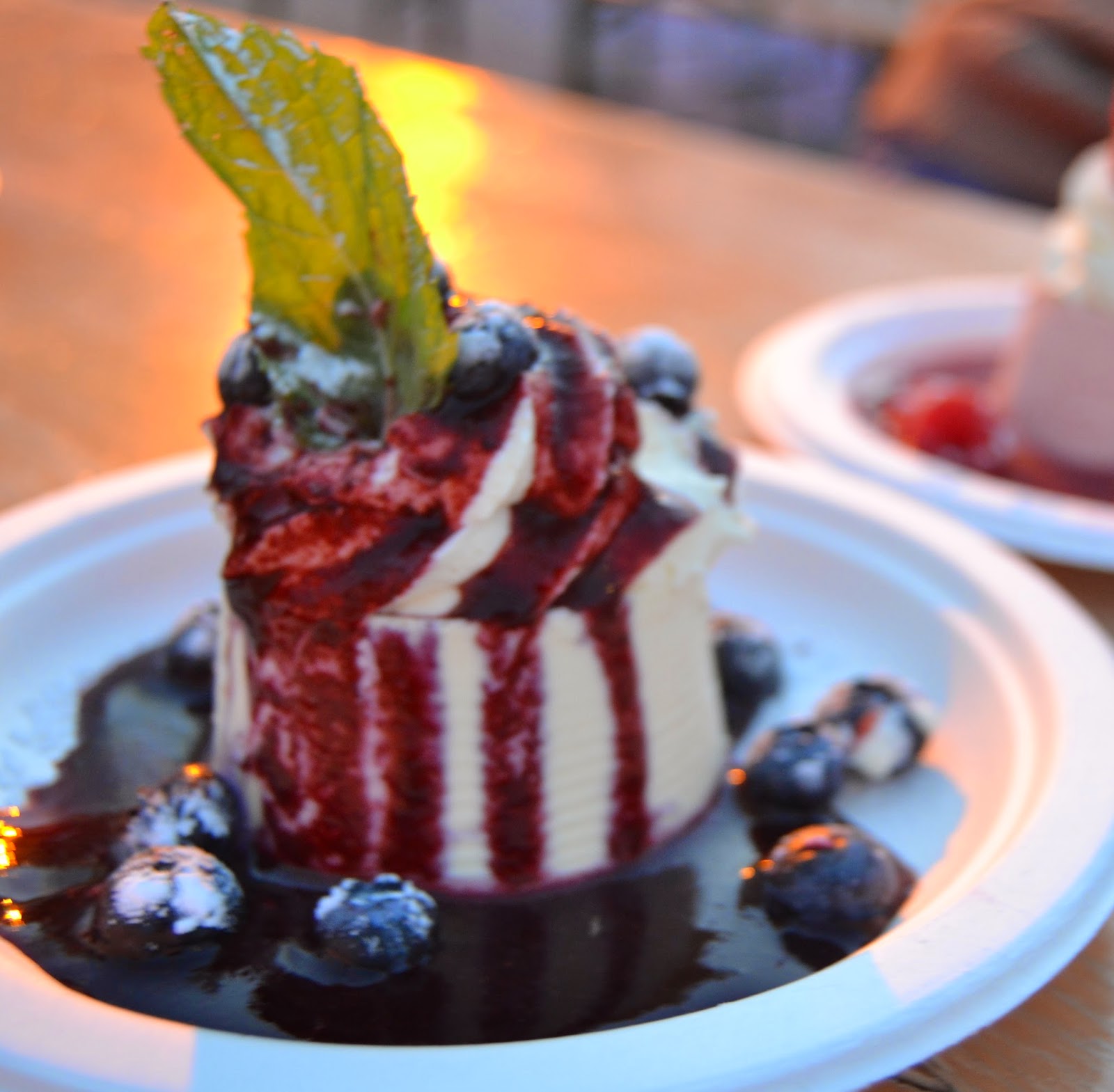 A great pannacotta reflecting tassie's dairy and berry industries.
Berries are available at pick your own berry farms around the state, a quickly expanding industry, there were no blue berries here when I grew up. 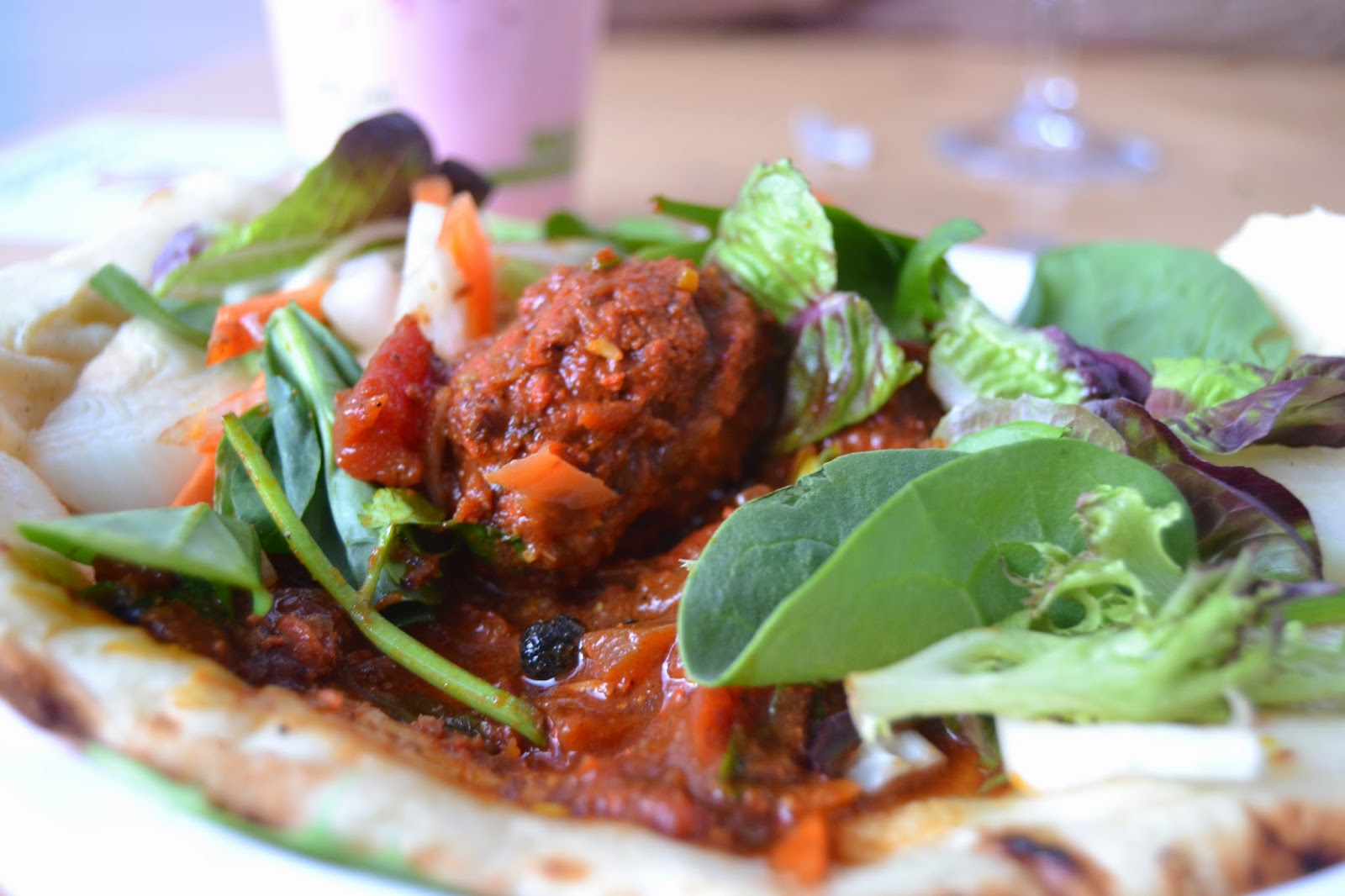 Wallaby curry in pita, a great little fast food snack by one of the local restaurants. 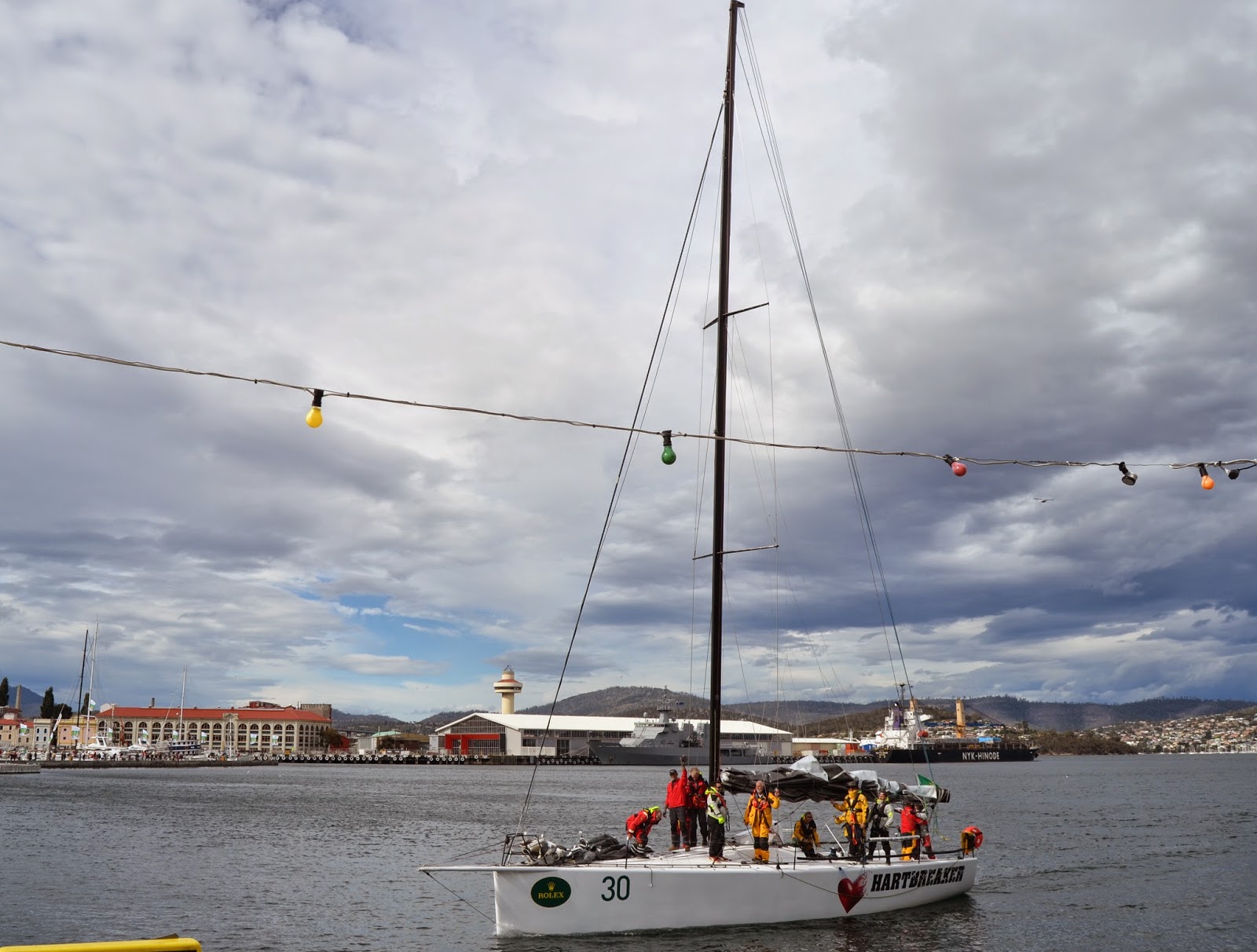 The "sail past" the taste coincides with the finish of the classic Sydney-Hobart yacht race, as each boat finishes they motor past "the taste" each boat gets an arousing cheer and applaud, all are aware of the challenges needed to participate in the race.